How to (Explain) ADHD

I discovered this youtube channel a few months ago. It is helping me hugely understand myself, my challenges, and my advantages with having ADHD. I was diagnosed at around age 50. (I'm 61 now.) This is important to me, because it means I went so far without knowing and having the tools I needed. I believe it was a big component of how my mental health was less than it could have been and how I failed at so many things. (I did succeed at many things, to be sure. I'm not totally down on myself.) I felt I should have risen higher in my career and didn't understand why I hadn't. Then towards the end of my IT career, I started failing miserably and repeatedly.

I've been turning it around in recent years, with a lot of kinds of help, including this kind of learning about the nature of my neurological difference.

Posted by Tom Reingold at 8:25 AM No comments: 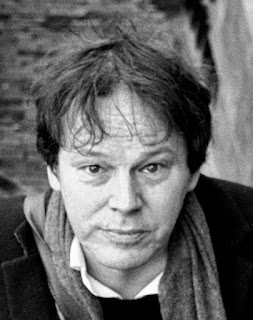 The love of literature

Letter to John Faso about HR 720

I'd like to remind you that District 19 has a lot of ordinary people of modest means. We are the people who benefit from class action suits. We are not the abusers of these suits. The bill seeks to make it harder to file class action suits. I feel you have voted in favor of my opponents and against me and my peers.

I have no doubt that abuse does happen, because I have read about it. A better way to reduce that is to limit the fraction of awards that goes to the victorious attorneys.

I am appalled at your choice to vote to repeal the Streams Preservation Act. New Yorkers need clean water we can trust. If you are ready to empower energy companies to pollute other states, you are moving us in the wrong direction. I urge you to vote in favor of the needs for a clean environment for New Yorkers. Oil companies don’t need help making profits, from you or anyone. Let them do their business without causing us to incur an environmental cost -- our health and well being -- for the sake of their profits. Please don’t make such a horrific error again, and please work to reverse this decision.

You are elected to represent and serve us. Please do the right thing.

Sometimes, called Trickle Down Economics, the theory was that if we put more money into the hands of those who supply the world with goods and services and jobs, the prosperity would spread to everyone at all strata of the economy.

Now we have the figures. The economy has grown. In other words, the GDP has grown, which is a measure of how many goods and services the economy has created.

And how has that enlarged economy been shaped? The growth -- the bulk of the economy's gains -- has gone to the people at the top, while everyone else has the same (income and wealth) as before or less, sometimes a lot less. More people are underemployed working in menial jobs. Standards of living have gone down for many, while wealth for the very top strata have multiplied by many times.

These facts prove it is a deeply flawed model.

And now, many of those proponents claim that disparity in income and wealth is not a problem. But doesn't that depend on the viewpoint of whomever you ask? If it's not a problem, then what, exactly, were they predicting would happen with Supply Side Economics? They claimed everyone would prosper. But that has, in fact, not happened. Something quite the opposite has happened. Are they for shared prosperity, or are they not? The observed fact is something else.
Posted by Tom Reingold at 1:36 PM No comments:

Will Betsy DeVos be Secretary for Education?

Betsy DeVos bought the position. She said so. Why did the senators who questioned her not ask her about her direct statement? Don't the people deserve to hear exactly what DeVos has intended to do? I think the senators were too kind to her.
In a New Yorker piece from November 23, 2016, she is quoted:

“I have decided to stop taking offense,” she wrote, “at the suggestion that we are buying influence. Now I simply concede the point. They are right. We do expect something in return. We expect to foster a conservative governing philosophy consisting of limited government and respect for traditional American virtues. We expect a return on our investment.”


She wants religious education to have more influence, and of course, specifically Christian religious education. She wants public money paying for that. She has used her money to achieve this and intends this position is part of her plan. She wants to turn education back to before the formation of this country, to ultimately allow control of the nation by the clergy of specific churches.

I can't think of how this appointment can be stopped, but I deeply hope it is anyway.